In December we kicked off the holiday season by launching a side hustle like no other: getting paid to sip on hot chocolate! We sifted through the responses and selected Margaret C. for the ultimate dream job opportunity. We sent her an assortment of different hot chocolate brands to test so we can decide which ones are worth sippin’ on and which you should leave on the store shelf. Here’s what she had to say. 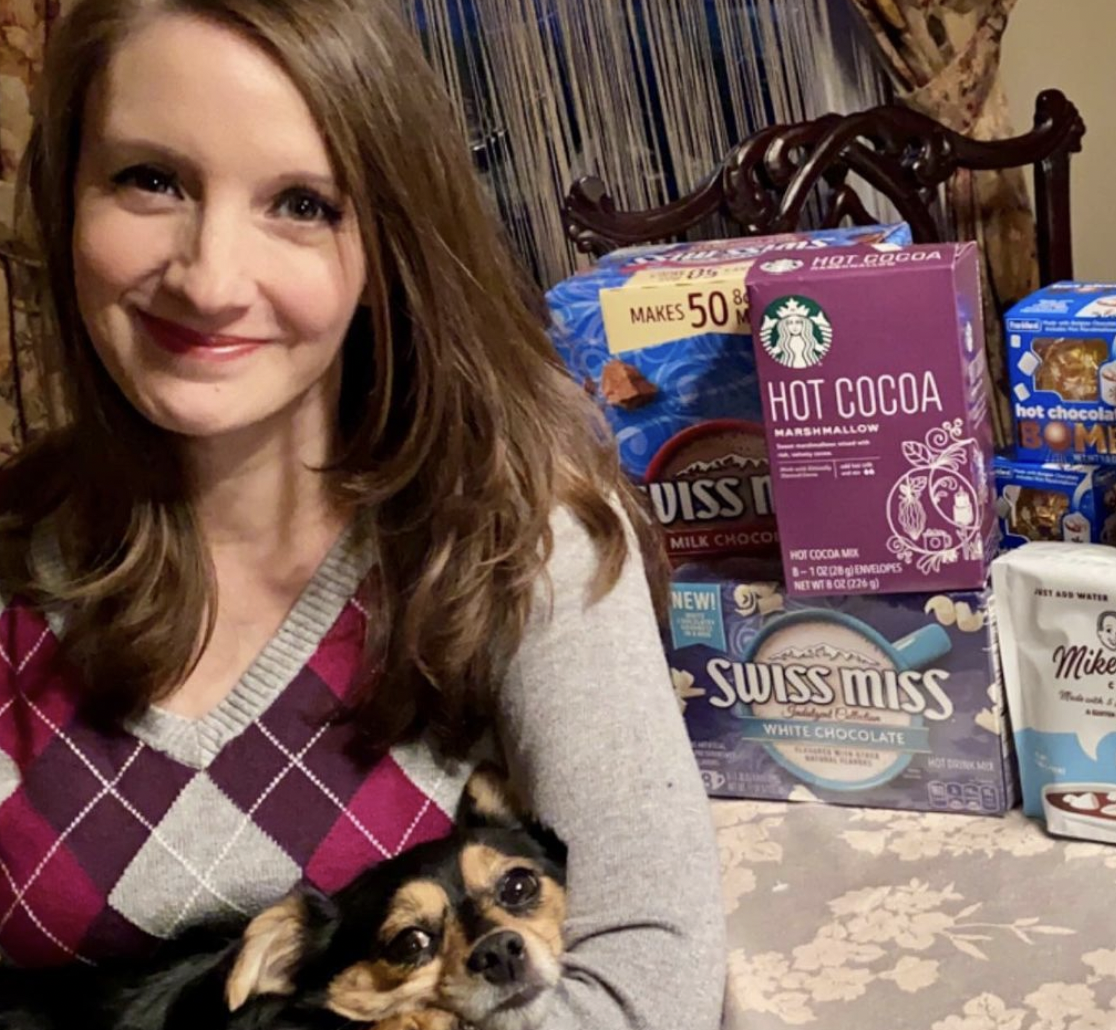 Margaret selected the Starbucks Marshmallow Hot Cocoa Mix as her favorite selection. She says it’s everything you’d ever want in a cup of cocoa: decadent, soothing and rich, and she compared it to “drinking an oozing mug of melted chocolate chips.” Yum! As you can tell by the title, the mix does include marshmallows, but Margaret says they’re not your average mini confections–they’re as big as the ones found in your standard Jet-Puffed mini marshmallow bag. She calls the Starbucks mix “heavenly” and “true bliss.”

We all love a good bath bomb, but a hot chocolate bomb? Margaret wasn’t a fan of this selection and says it was just that–a bomb. She says she hoped it would open right at the seam and spill all of the contents out in a beautiful aesthetic…but it fell flat. She says it only melted slightly in her mug and required a spoon to get the full effect. The taste wasn’t great, either. Margaret compared it to “cheap Dollar Store Easter bunnies, like the ones my grandma used to buy me many years ago.” She believes this one deserved coal for Christmas. 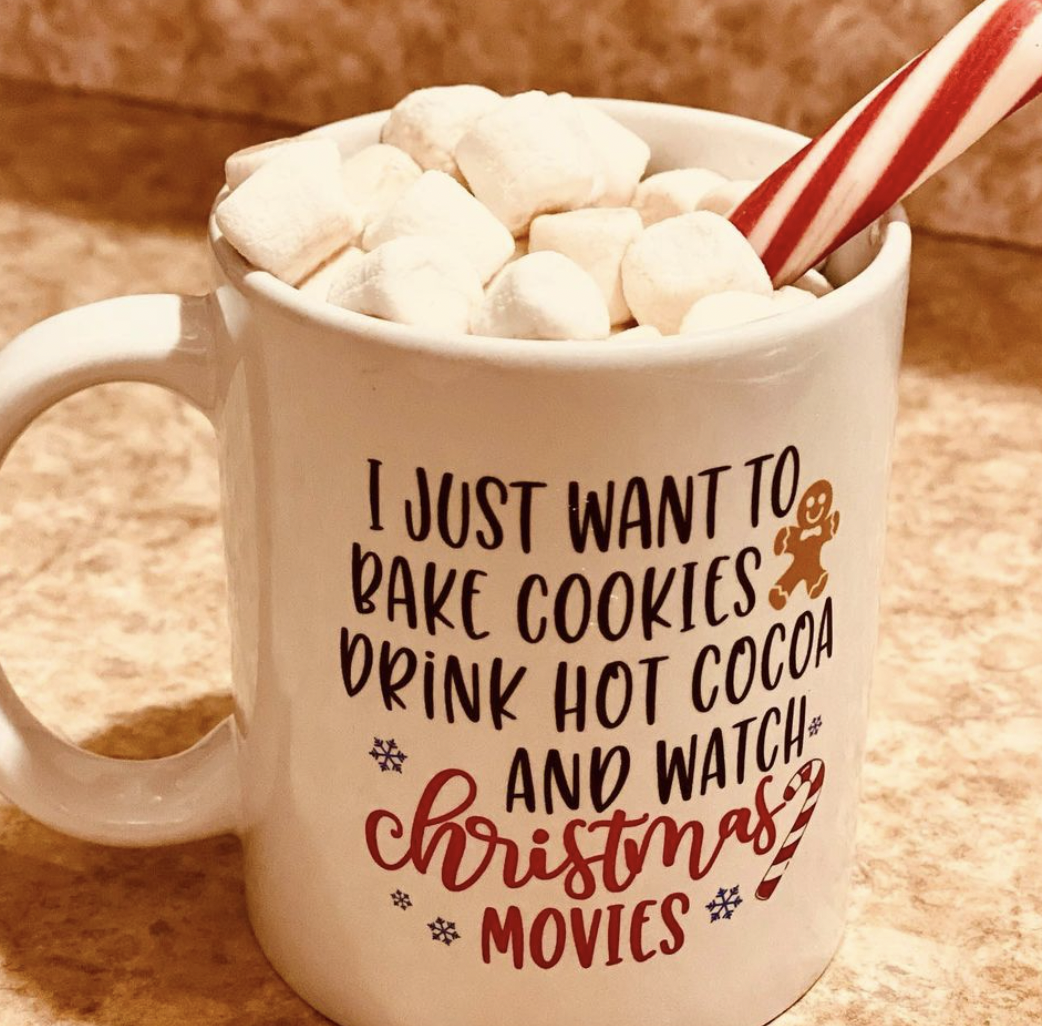 Margaret gave us some insight into which of the mixes were the most convenient. She says if you’re looking to whip something up using a Keurig or other coffee maker, try Swiss Miss, Mike and Jen’s or Hershey’s, as they’re great with just hot water. The other selections on our list need to be made with milk. No matter what, always read the instructions carefully so you’re making the precise formula and end up with a pipin’ hot Pinterest-ready cup.

Margaret added delectable toppings to her hot chocolate including Jet-Puffed mini marshmallows, Marshmallow Fluff and Reddi Whip Extra Creamy Whipped Topping. She says she usually opts for the low-fat versions but decided to go all-out for the experiment and doesn’t regret it one bit. Though Christmas has come and gone, temperatures are still chilly, meaning hot cocoa season is far from over. Branch out with your toppings and try something new like coarse sea salt, toffee bits, crushed peppermint, ginger, nutmeg or even cayenne if you’re feeling saucy.

Hershey’s is well-known for their chocolate (Reese’s and Kit Kats are a staple in any Halloween candy bucket, obviously), but Margaret says their milk chocolate mix was just…meh. She says it didn’t blend well, left some residual mix floating on top and didn’t have a ton of flavor. It took sixth place in the overall ranking. 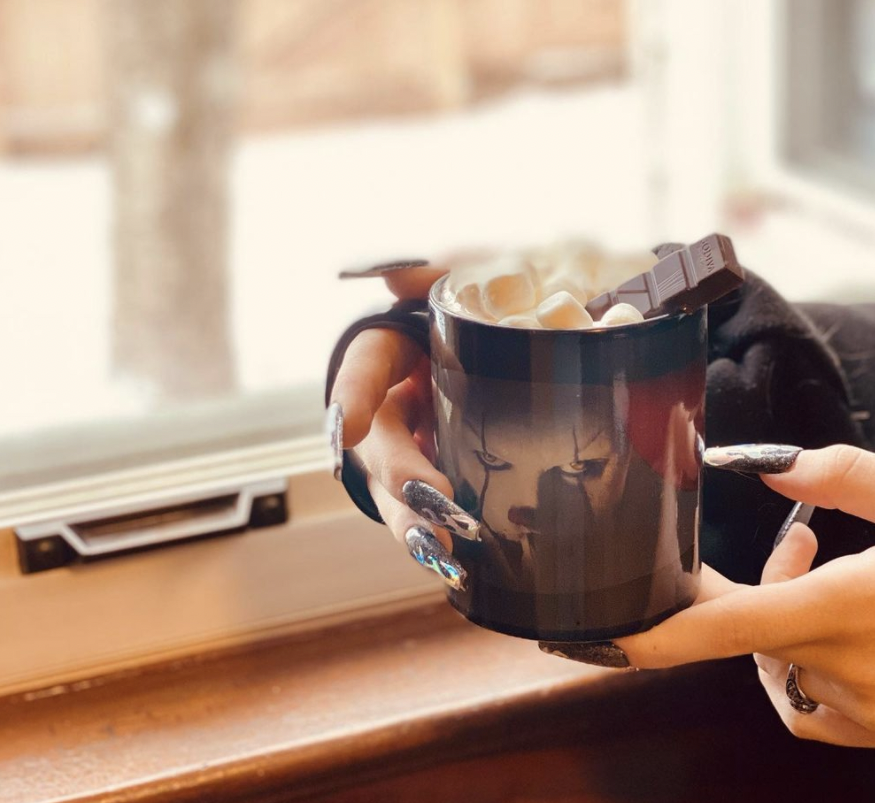 “I honestly was beyond thrilled to just get bragging rights to this most incredible job! I am honored that you selected me; I know you had a choice and you chose me. Also, it was just plain fun. Trying all of these hot chocolates and delving into the different flavors and taste experiences was thrilling. It was an adventure and I am so delighted to have had the opportunity to do this.”

14 Best Train Sets For Around the Christmas Tree

EveryPlate vs HelloFresh: Which Meal Kit Is Best For You?

17 Best Mattress Toppers You Can Buy For Side Sleepers

14 Cute Pink Accessories For Your Kitchen In 2022

13 Best Soy Candles from Brands Getting it Right in 2022

All The Best Coffee You Can Buy On Amazon