October crept up and scared the daylights out of 2022. But we can’t lose our nerve now — this month is not for the faint of heart, especially on the TV. Some love horror movies and watch them year-round; others prefer to get out when the creepy flicks start. A new study reveals that just as where you live can influence your love of the fall season; it also can affect your draw to the horror genre.

Would Pennywise or Hannibal Lecter feel at home in your U.S. state, or does your neighborhood cast out the living dead? Using data from Rotten Tomatoes and Google Trends, Wishlisted used a little mathematical sorcery to find the most popular horror movie in every state and the most horror-obsessed states in the country.

What is your state Halloween movie? Are you amongst fellow zealots of terror or surrounded by those who ghost the holiday? Be afraid. Be very afraid — the results are here, and they are… very… much… alive. 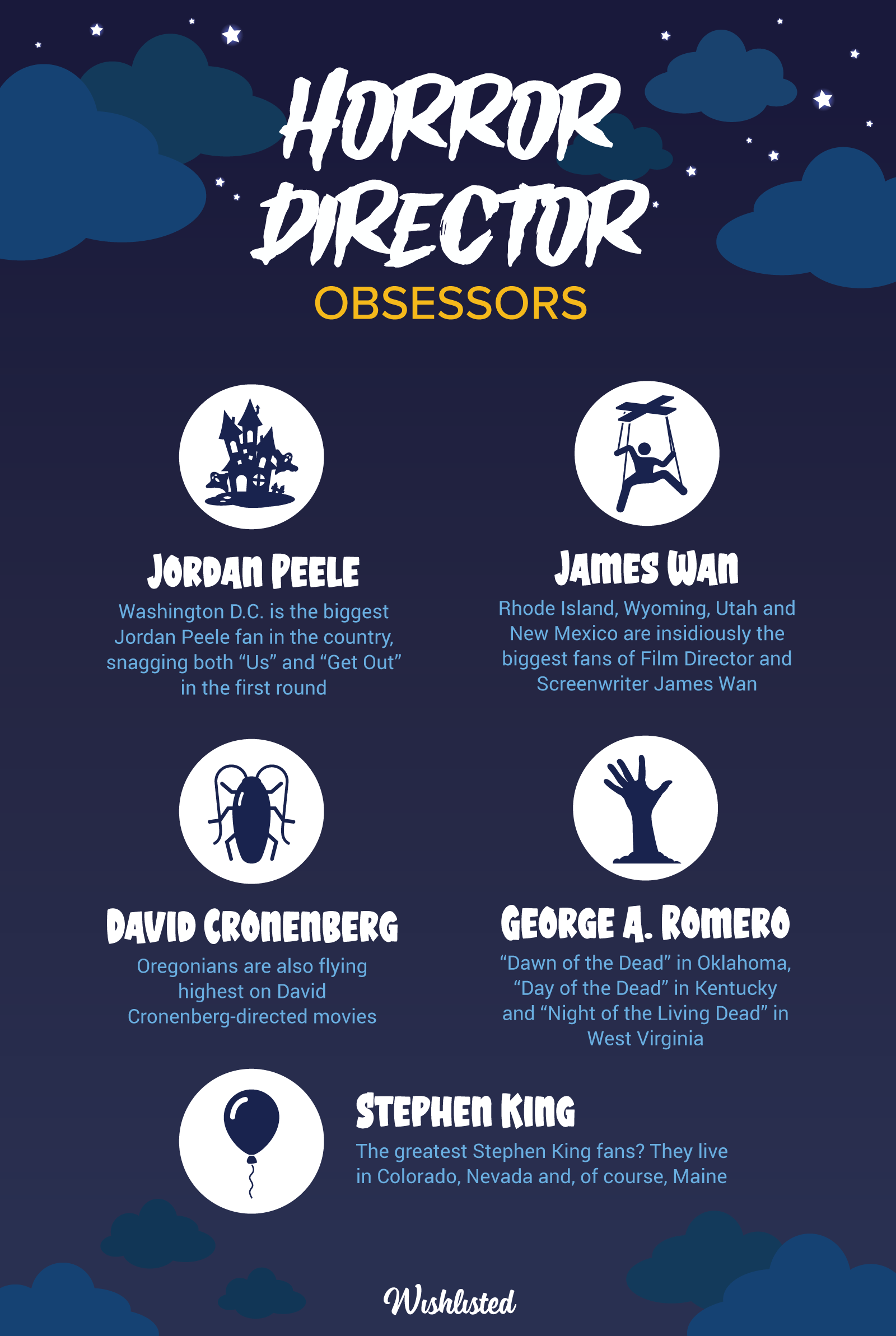 We created this article’s visualizations and analysis from a list of 210 horror genre movies from Rotten Tomatoes Top Movies list. We filtered for only “Certified Fresh” horror films with at least a 60% Audience Score, sorted them by the Audience Score, then used Web Scraper to assemble this list. We used Google Trends to compare search interest for each movie by subregion for the whole U.S. between September 2017 to September 2022.

We used a multi-round plurality ranking system by assigning each Halloween movie to the state with the highest proportion of Google searches. Many films were most popular in the same state — Oregon won 21 movies in the first round, making them the most horror-obsessed in our books. In these instances, we matched the state with the film holding the most proportional popularity in that state.

We continued allocating movies to the states that came in second through fifth places; however, only seven states required this. This system allowed us to award films to every state while adhering to mathematical modality. Due to this ranking method, many popular horror films did not make the cut.

Rhode Island and West Virginia tied for the fifth most horror-obsessed state. To break the tie, we found the state that proportionally, Google searched the most for “horror movies” broadly since September 2017.

Google Trends calculates popularity by region and interest over time using a scale of 0 to 100. A score of 100 is the state a movie was Google searched the most, as a proportion of total searches in the U.S. A state wins a movie because it has a higher proportion of searches for that film, not an absolute higher search volume.

Google Trends bases its data on a random sample of searches representative of all Google searches. It does not use every search made during a specified query timeframe — providing the whole data set would be too large to process. Therefore, it is possible to obtain varying results for the same query.

Here, you can download a CSV spreadsheet containing the final rankings (including each round). If you are interested in the entire raw Google Dataset, please contact us at [email protected] Please feel free to use or share the raw data with whoever may find it helpful — we ask that your purposes are noncommercial and that you link back to this page so its contributors can receive proper credit for their work.

Top 5 Most Horror-Obsessed States in The US

Fun Facts About Horror Films in the 50 States

18 Best Morphe Brushes You Can Buy

20 Best Products For Hyperpigmentation For Your Face And Body

The Most Popular Christmas Movie by State

Each State’s Lord of the Rings Character

Love It Or Hate It

The Wackiest Pumpkin Spice Goodies of 2022

The 20 Best Yoga Retreats in California, Based on Google Ratings

Everything You Need to Host The Perfect Oscars Party

How to Throw the Ultimate Galentine’s Day Party (2022 Guide)

Everything You Need for a Jungle Themed Baby Shower

Sweet as can be

Our Favorite Huluween Movies For a Spooky Date Night In