It probably crosses most homeowners’ minds, how clean the air in their home actually is. Major life events, like having a baby, or developing an illness or allergy, can further fuel or intrigue when wanting to find a great system to integrate into a healthy home. If you have a dog, such as a pug, or husky, who tend to be major “shedders”, an air purifying system can be a major game-changer. May we dare to say, you might not feel the need to vacuum every day? 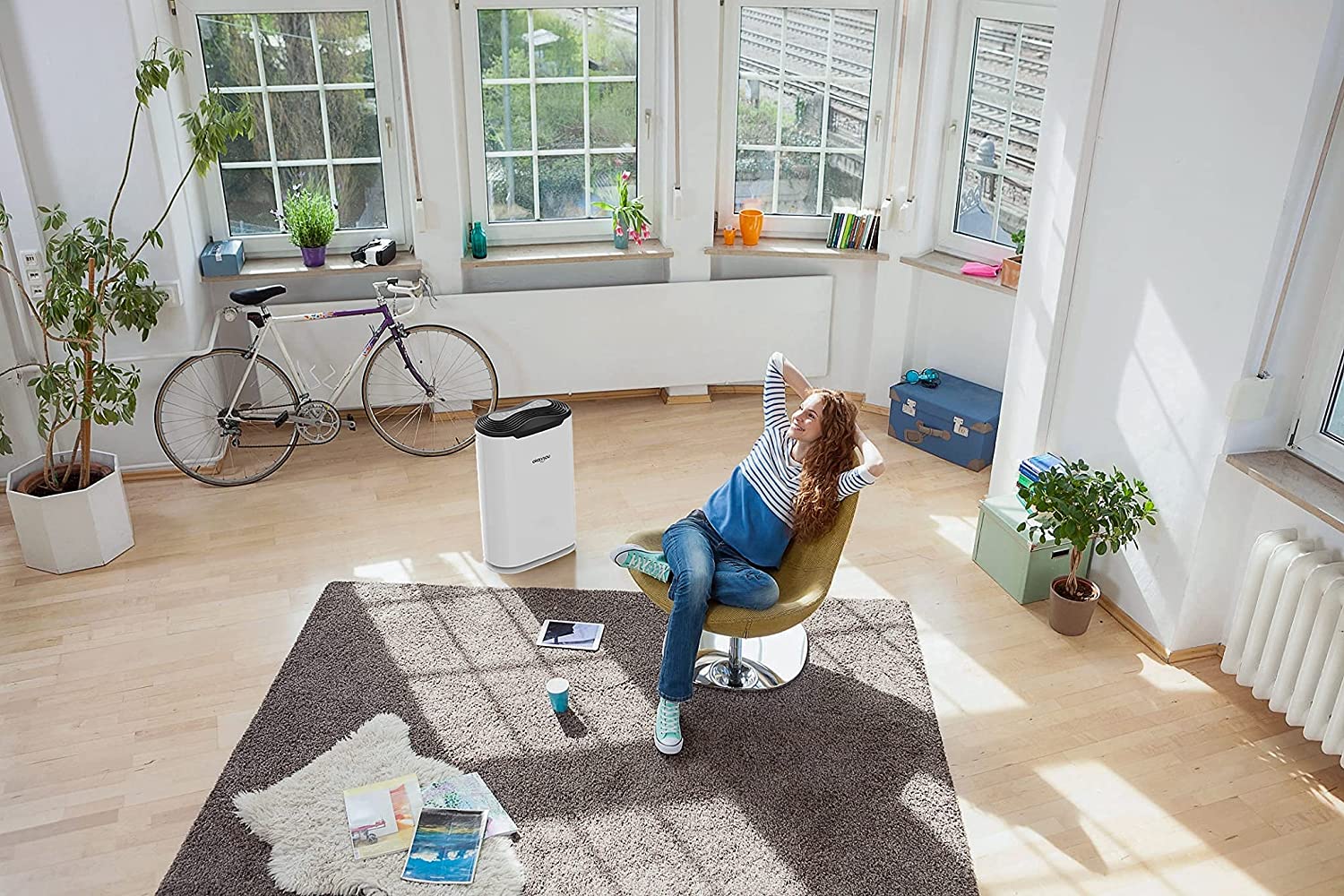 One system has truly caught the eye of the Internet and has gone viral particularly on the video platform, Tik-Tok. Scroll through countless videos, of folks opening up the filter to reveal some diabolical dirtiness. But seriously, how relieving is it that all of that won’t be floating around in the air anymore?

The Okaysou filter pulls air through an impressive five-stage system, with five distinct filters, including the AirMax8L true HEPA air purifier. The HEPA filter powerfully and efficiently captures 99.7% of air pollutants. Already, the filtration method sounds crazy efficient, as the company states it can remove numerous pollutants such as cigarette smoke, asbestos, dust, pollen, miscellaneous fibers, and even wildfire remnants. The company also details the impact that this could have on health, such as the reduction of asthma symptoms, congestion, and other respiratory ailments.

But Tik-Tok really showed off the capabilities of the filter, as viral videos raged, with viewers being astounded by the amount of debris and dog hair the system had removed, from what they thought was a relatively clean home. Upon opening their filter, after a month, or even just a few weeks of usage, it looks like a small Ewok made his or her home inside, when actually it was just an accumulation of German Shepherd hair, for example! Some videos even went as far as to discuss the odor removal capabilities, from that looming doggie smell, to even stinky brussels sprouts that have been freshly roasted. We seriously could watch these people open up and reveal the “Cousin It” like madness within, for longer than we’d like to admit. 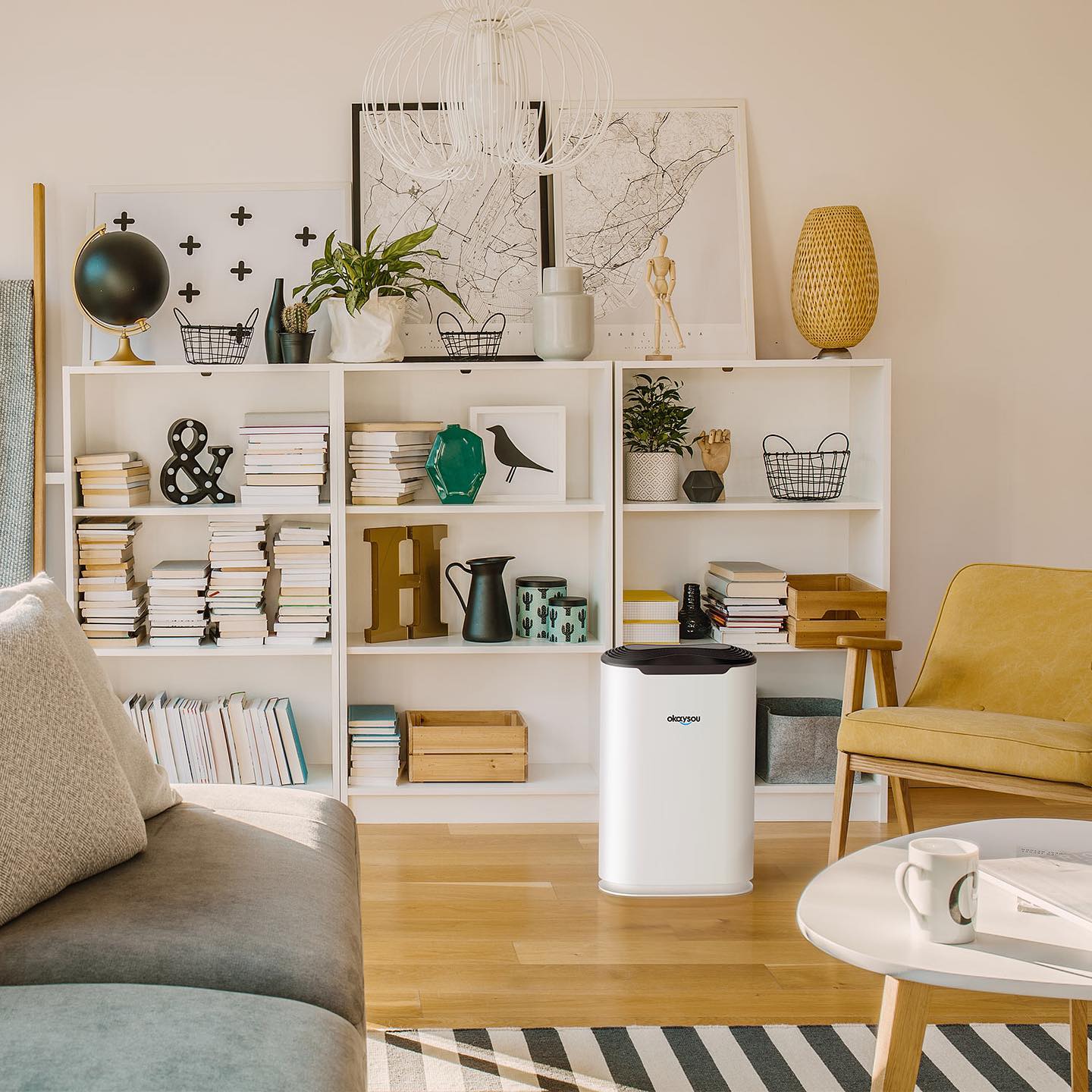 Optimal for room sizes up to 800 square feet, the system can ideally be situated within a large living room since this is the center and heart of the home. Sleep mode is designed to reduce the noise, and light output of the system, so it won’t disrupt any nights or quiet time. A child lock mode also protects from children adjusting any of the settings accidentally. Simply adjust the fan speed mode to your preference, and also utilize the different time settings that will cut off the system at your preferred time interval. Convenient! Then, sit back and watch hair suck satisfyingly by the clump into the filter—it’s one of those strangely unexplainably satisfying entertainment sources. Watching things get cleaned up is seriously addicting, and also one of the rabbit holes viewers can easily fall down into while browsing Tik-Tok.

The system is available on Amazon for just over $100. While filters are washable, new ones can also be purchased online as well. Overall, this seems like a relatively low-maintenance way to really take the cleanliness of your home to the next level.

“My morning sinus issues improved after only one night of running the unit.”

“I bought this for my mother and I liked it so much I just bought another one for me. I was impressed by the quality of this unit for the price. The controls are touch controls, no push buttons, so it’s really nice. there is no remote but there is a timer and sleep mode. The sleep mode sound pretty similar to the lower fan setting, so not sure what’s different there. The noise level at maximum is loud enough to prevent a good sleep, but there is no need to use it at maximum level for sleeping.”

14 Best Train Sets For Around the Christmas Tree

EveryPlate vs HelloFresh: Which Meal Kit Is Best For You?

17 Best Mattress Toppers You Can Buy For Side Sleepers

14 Cute Pink Accessories For Your Kitchen In 2022

13 Best Soy Candles from Brands Getting it Right in 2022

All The Best Coffee You Can Buy On Amazon