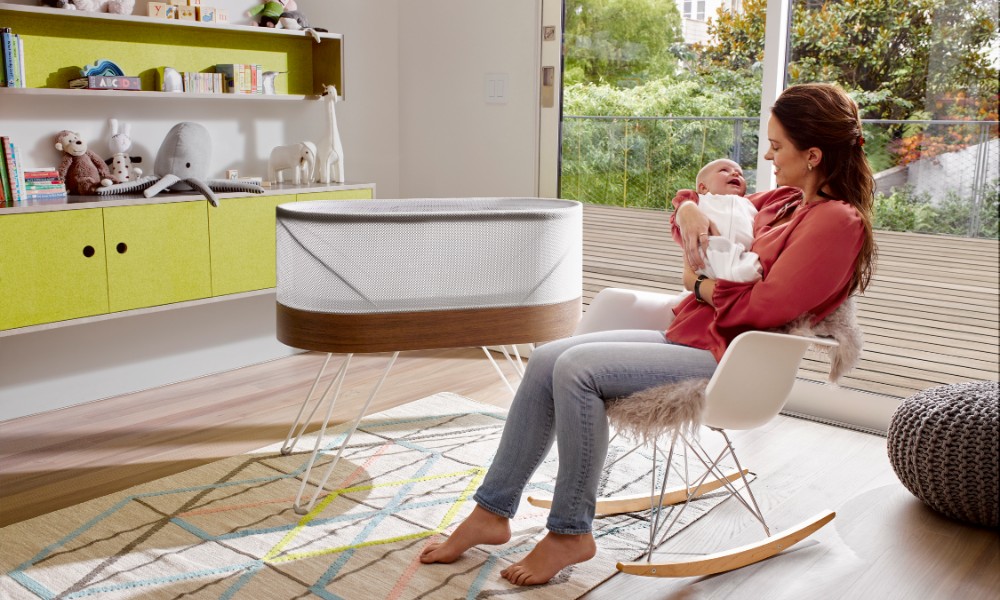 When I brought my newborn daughter home from the hospital, I thought I was prepared. I had the nursery ready, I had read all the baby books and I had taken almost every baby preparedness class my hospital offered. The one thing I didn’t prepare myself for: the amount of sleep — or lack thereof — I would get as a new parent.

Sure, everyone told me it would be tough, but I loved this tiny human so much I thought my heart would burst, so I knew I could make it through. Fast-forward 15 months, and my daughter and I are still struggling with sleep and if I could go back in time, I would have invested in the SNOO by Happiest Baby. When I found out about this smart sleeper, my daughter was too big to be in a bassinet, but it didn’t stop me from reaching out to its creator to see if it’s something I would suggest to my friends and family, or consider if I ever have a second child.

The SNOO was invented by pediatrician and child development expert Dr. Harvey Karp, who is known for his best-selling book “The Happiest Baby on the Block” and his 5 S’s approach. Dr. Karp, along with designer Yves Behar and MIT-trained engineers, created this high-tech bassinet to help parents and babies sleep better and longer.

“After teaching the 5 S’s for years, which helped millions of new parents, moms were still telling me that exhaustion was their No. 1 concern, “ Dr. Karp said. “I realized we could make a big improvement to their infant’s sleep — and thusly, their own — by imitating the womb throughout the night.”

But the SNOO does more than just mimic the sounds and motions of the womb. It also reduces crying, naturally sleep-trains babies, boosts sleep by 1-2 hours, and its built-in swaddle prevents accidental rolling and secures even the smallest escape artists. Dr. Karp said parents using the SNOO with newborns often see a difference in their baby’s sleep within the first day, while it may take a few days or up to a week for a one-month-old to acclimate to the bed. 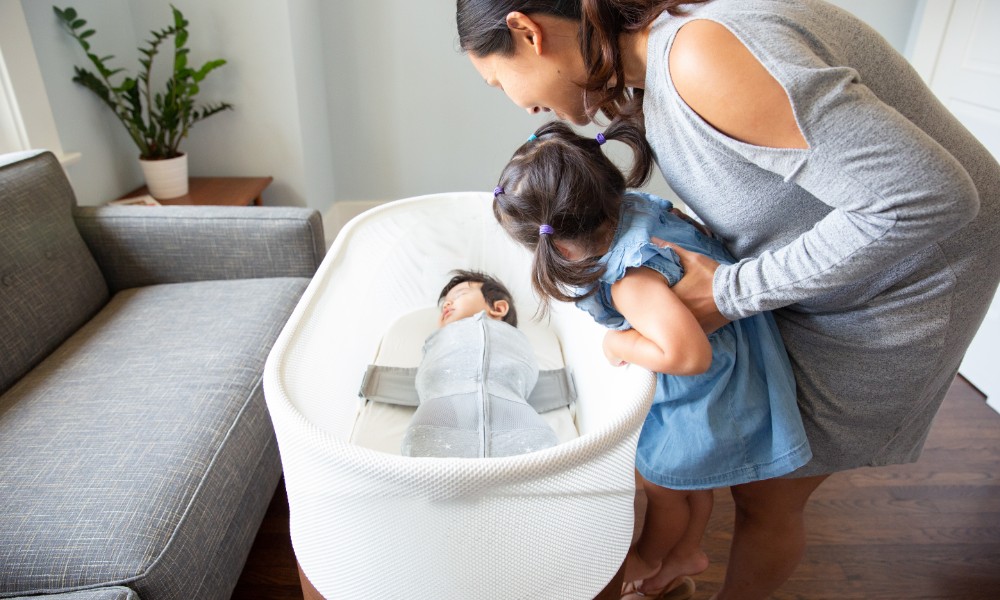 Parents can also catch a few more hours of much-needed sleep thanks to the responsiveness of the SNOO, which detects your baby’s cries and responds automatically by swaying and playing white noise to lull your little one back to sleep. This type of technology took time to perfect, but has helped the SNOO stand out from your average bassinet, rocker or swing.

“Making a bed that can rock either slowly or speedily and jiggly, and do it 14 hours a day, month after month,” Dr. Karp said. “Developing that specific technology was the most challenging aspect.”

The SNOO’s innovation and design is just one reason it has received as many as 16 awards in just a few years on the market. Most recently, it was named top bassinet for the second consecutive year in The Bump’s Best of Baby Awards. This smart sleeper also is making strides to reduce and prevent postpartum depression, with studies underway at several universities including UCLA, UCSD, University of Michigan, and UNC Chapel Hill.

While this kind of tech doesn’t come cheap, a good night’s sleep is priceless — I can attest after 15 months of interrupted sleep. To make it even more accessible and affordable, a new rental option is available for the SNOO for just $3 per day — that’s about the same price as the fancy coffee you need to stay awake. It’s hard to resist something that puts nightly struggles in the past and eases parents’ anxiety over safe sleeping.

“Parents need help. Having a nanny is a luxury, but in the past, new parents had five nannies (grandma, aunt, etc). SNOO is not just a bed; it is a member of the family — an extra pair of hands providing more safety and sleep that your baby needs and parents deserve.”

Everything We’re Buying From Oprah’s Favorite Things on Amazon

Best Blue Light Blocking Glasses And Signs You May Need Them

The Best Open Back Headphones For All Uses