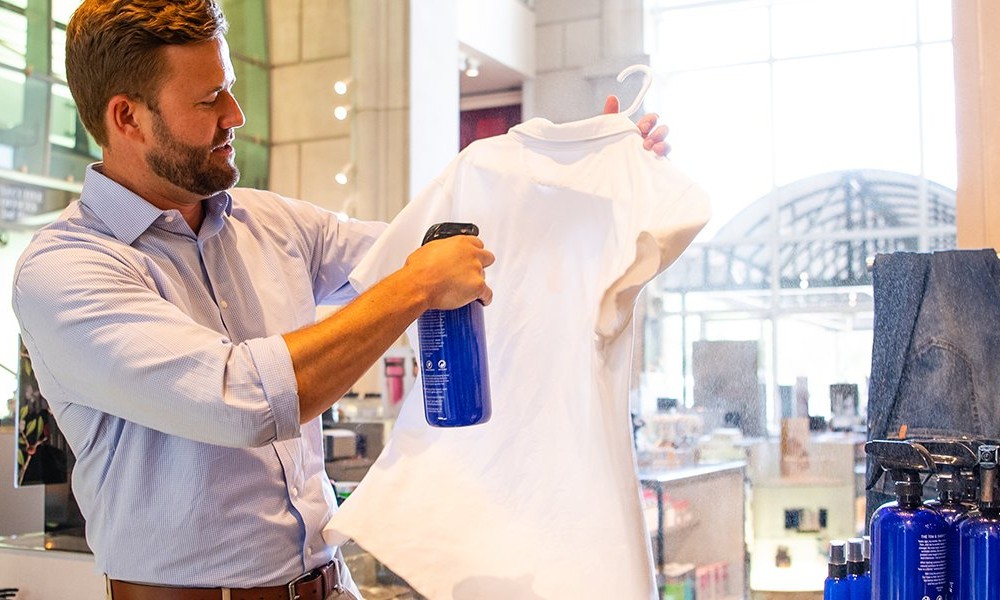 Put away the iron and get rid of that creaky old ironing board. The days of ironing your clothes are over thanks to a new wrinkle releaser that sprays away folds and creases.

Tom & Sheri’s Iron in a Bottle is a plant-based wrinkle release spray that’s been a huge hit for busy moms, travelers, and professionals. While it’s had a following since its launch in June 2018, Tom & Sheri’s Iron in a Bottle made its official retail debut in February 2019 on QVC, and in the past two months has been featured in O Magazine, ABC’s The View and will be featured on ABC’s Good Morning America on May 23.

The product is the formula of Sheri Eudaly, who gave her homemade wrinkle release spray to her son, Austin, when he went off to college. When so many of his friends were impressed that he never had to iron his clothes, he got the idea to create Iron in a Bottle.

“We all deal with wrinkled clothes. According to Better Homes & Garden, ironing is a top 10 most hated household chore. The average mom will spend a staggering 3,000 hours of her life ironing,” said Eudaly, Tom & Sheri’s founder, in a press release. “Ironing is from the Dark Ages. It’s a big hassle and a giant waste of time. We’re here to eliminate this chore with a plant-based wrinkle releaser spray that works great and is free of harsh chemicals. It will save you time and help you look your best.”

20 Gifts for the Impossible Man: What to Buy a Man Who Has Everything

Order Sizeless Clothing Through Sene, Where Every Piece is As Unique As You

11 Gifts for the Grandparents Who Have Everything

Honest Review: Which Diabetic-Friendly Meal Kits Are Worth It?

Clean from nose to tail

Who Run The World?

When is the Best Time To Shop at Zulily? (Month-By-Month Guide)

Hot Sauce Tester Wanted: We Send the Sauce & Pay You For Your Thoughts (Application Closed)